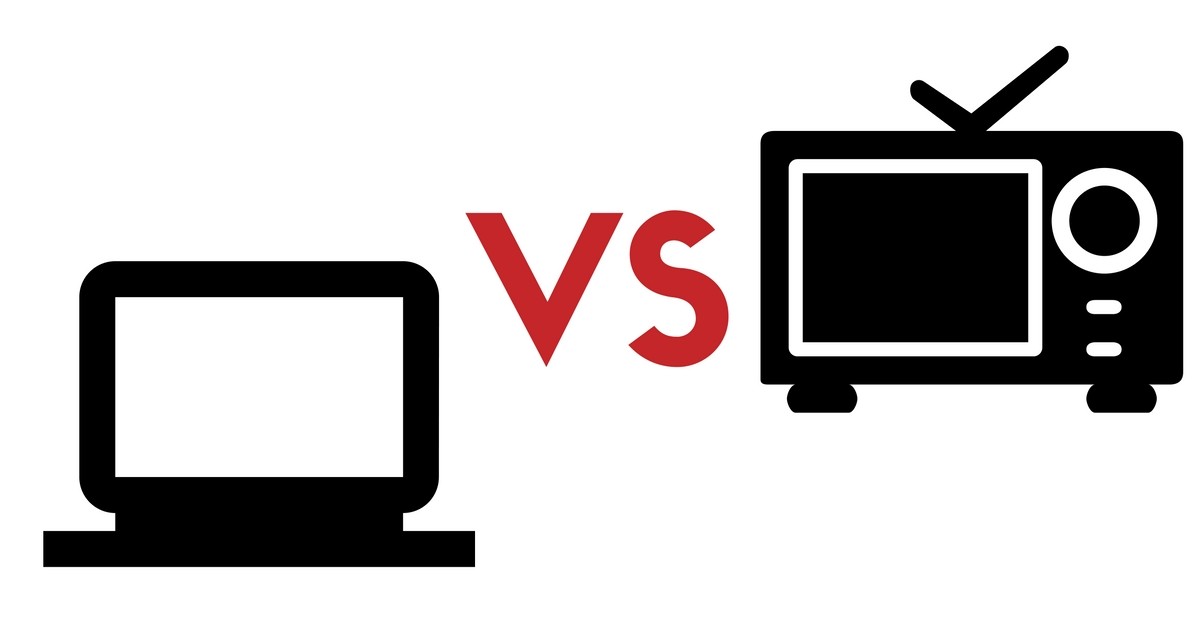 It’s a trend we have seen coming for a long time. This prediction started nearly a decade ago and every year since has been deemed the year digital takes over. Whether it’s because of mobile, social platforms or cord cutting, digital is always going after something or someone- desktops, real-life interactions and now the television.

PwC predicts that online advertising spending will exceed $75 billion next year, surpassing the $74.7 billion projected for TV. Online advertising is expected to grow 9.4% through 2020, compared to TV’s 3.2% rate.

So what does this actually mean for TV? Will brands cut their advertising budgets? Can advertisers make TV advertising relevant? Is this a conversation worth having yet?

We think so! Below are five punches digital has thrown at TV advertising…

Data has a lot to do with the shifting of marketers budgets. As digital has become more prevalent in marketing so has data. And as data and insights have become more available, measurement tools have gotten better (that measure more than social) and that makes data gathering and analytics a whole lot easier to use.

This has led marketers to use data to measure content performance on cross-platform campaigns, which has allowed brands to understand how content is being received on and offline. That means TV is being measured and watched just as closely as digital.

But as far as the data race, digital platforms allow marketers to measure content performance and their audience’s reaction and then use that data to make changes and tweaks in campaigns and communication that traditional television just isn’t able to.

TV audiences are no longer linear as viewership is shifting to online video services that can be used across a range of devices. A recent report from Ericsson ConsumerLab, suggests that a large portion of video consumers worldwide engage in TV-related activities on a second screen as part of their viewing experience.

This becomes a bigger problem for TV advertising, as audiences become less engaged do to multi-platform viewing and increased use of screens. TV viewers aren’t just watching the TV, but instead simultaneously browsing apps and websites on smartphones and on other devices while watching. The end result is TV advertisements are increasingly vying for attention with a range of other media.

The only way advertisers are going to be able to counter the above trend is by creating more engaging, interactive and targeted campaigns that can hold their audience’s attention.

Right now TV ads are too ambiguous and irrelevant as you aren’t able to target audiences like you can through digital platforms. We have seen some brands moving towards sponsored content, rather than interrupting content with their commercials. An example of a brand doing this is Marriott. Marriott’s Content Studio has partnered with Bill Rancic, a successful entrepreneur, and reality TV star, to co-create programming and content in the food & beverage, small business and travel areas exclusively for Marriott’s Content Studio. Content will be available on cross-platform channeling, including digital, owned and in room partner channels.

This is an example of how major brands will start using their TV advertising budgets. Not to advertise during an episode but to create the whole dang show. It’s a way for brands to still to show off what they have to offer but on their own terms, across platforms and where their audiences are spending time.

4. Social Has Merged With TV

We have seen social platforms favoring video for some time now. In fact, it is no secret that Facebook hopes on becoming just a video sharing site but until then they and a few other networks (Twitter, Snapchat, and Instagram) have all taken steps to not just making video a priority but bringing the content you would see on your TV to the apps you are already using.

Twitter has successfully won over sports contracts with the NBA and NFL to live-stream games. Snapchat and the NFL have extended their partnership where NFL games will appear on Snapchat Live Stories. YouTube produces and streams their own original content. As well as Facebook, and now Instagram, making it possible to watch other people’s lives (or air your own) in real time though their live video feature.

There is obviously a demand for video on social and these platforms are figuring out how to bring the content people already love on television to the place where they are connecting with the people they love digitally.

Digital has given brands the ability to easily access, broadcast, connect and build in call-to-actions to their content- which is something TV just can’t do.

Digital gives brands the ability to communicate directly with their audience and consumers anytime they want. Brands don’t have to work with television schedules, account for the broad audience and the higher price tag that come with TV advertising. Instead, marketers can give people direct access to their brand and communicate with them in multiple ways thanks to digital advertising and social platforms.

From the audience experience to streaming options to better control of better content- digital has everything needed to challenge television in 2017!