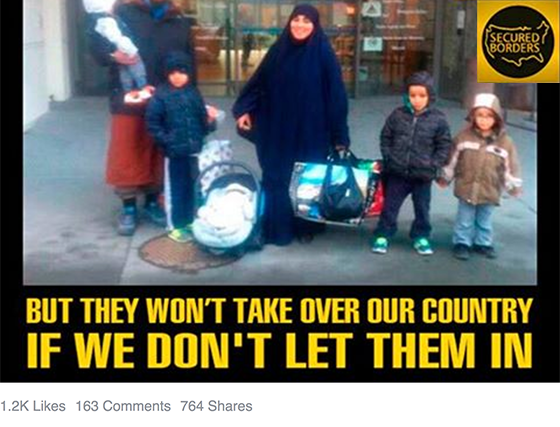 The Washington Post has confirmed that Russian operatives used Facebook Custom Audiences to hyper-efficiently target Ads on Facebook. CNN further confirms that these groups specifically targeted swing states including Wisconsin and Michigan, which President Trump won by less than 1%.

At Converge, we constantly measure the performance of Facebook and Digital Marketing Ad campaigns for our clients – targeting purely based on location is usually not very effective (showing people ads based on their location is at least as old as the billboard), but combined with Custom Audiences, location can be extremely effective in creating effective ads.

How would these Russian groups use Custom Audiences, and why is it hard for Facebook (and Twitter and Google) to prevent their abuse?

While we previously explored the advanced tactics Russians may have used on issue-specific Facebook pages about Immigration, Gun Rights, and many more micro-topics, we now also know that some of these Pages were linked to websites with articles on the same topics, which unlocks more powerful strategies.

Facebook makes it trivially easy to for any website to add a tracking code that tells Facebook when you visit that site, and even which pages you visit on that site. Facebook builds a list of people who have visited that site, and that site can now use that list to target ads on Facebook. Most effective advertising platforms, including Twitter and Google, offer this strategy, and most websites are sharing this data with them.

So the Russian group builds an anti-Muslim site and connected Facebook page, and every site visitor becomes part of an ever-growing target audience.

The next simple move is to double down on existing website traffic by showing ads for new articles to this audience. Many people click the ad to return to the site, many more share the article, and the audience grows. It’s the same advertising strategy you see when you shop for a shirt or shoes online and then see an ad for that same pair of shoes follow you online for weeks.

It’s effective because you can take a small amount of money and reach only the people you want to reach. It allows a social media account linked with a website to spend money to reach a growing echo chamber of anti-immigration voters on a very small budget, and repeat that playbook for dozens of other topics.

So far, this may sound like a small strategy to create a tempest in a teapot, but Custom Audiences also let marketers use Facebook’s massive consumer database to show the same ads to people who have never seen your Facebook page or site, but are similar to your site visitors (a tool called Lookalike Audiences).

Russian Facebook Ads targeting Michigan and Wisconsin are some of the first clear evidence we have of intent to influence the election (rather than just building web traffic to make money).

These Russian groups have shown clear signs of sophistication – it is nearly inevitable that since they were using Custom Audiences and Location Targeting, they were informed enough to also use Lookalike Audiences to target just the 30,000 people in Wisconsin most similar to their Anti-Immigration Site Visitors.

This is a powerful tactic that stretches a small budget and ensures that focused messages reach the audience most receptive to responding.

Russians targeting “swing states” Michigan and Wisconsin adds serious momentum to the case that they intended to influence the election. What we have not yet seen is clear evidence of “collusion” between partisan U.S. groups and these Russians. Here are a few tactics that would be possible evidence of collusion:

We need more answers. We need Facebook and Congress to share more about the content of these Ads and the details of the ad targeting so we can understand how to handle such issues in future elections.

For Media Inquiries about Russian Facebook Advertising Strategy around the U.S. Presidential Election and other Advanced Digital Marketing Tactics and Measurement, please contact Rob Kischuk at 404.663.9945, rob@convergehq.com, or @rkischuk / @GetConverge