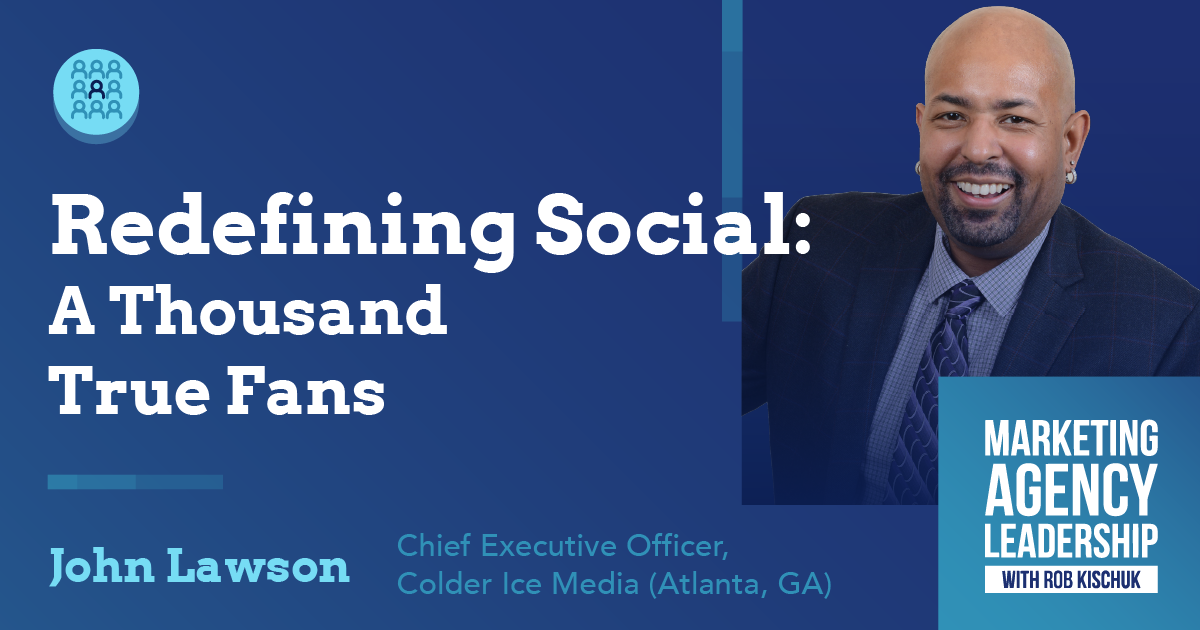 John Lawson, Chief Executive Officer at Colder Ice Media, started in e-commerce in 2000 on eBay. He claims that people talked about business in Ebay chat rooms, making it  “the first social commerce platform” before there was such a term.

At the time, John sold bandanas, and was pestered by constant customer questions for information on “how to fold a bandana.” So, he made a video and tracked ten thousand sales – not ten thousand dollars in sales – from that single video listing.

Today’s digital/social media was not the beginning of social commerce. John says, “No matter where you go, whether first world country or third world country, there is a central location that is a marketplace where people do commerce” and that no matter the channel, there is always a person on the other end. If you appeal to human instinct, people will respond. Commerce, by its very nature, requires human interaction and “social” should be much more broadly defined. John explains that there are social channels that many people do not recognize as social, e.g., Amazon Comments.

John wrote a book, Kickass Social Commerce, which offers universal stories of social commerce (as opposed to social media). In one story the book, he tells how Madam C.J. Walker, an African-American entrepreneur, developed a line of hair care products, marketed them to her friends, then sold them door to door, and finally had her friends set up “product presentation” parties for a cut of the sales, a sales strategy later used by such companies as Tupperware and Avon. Walker became the first self-made female millionaire in the US. John describes this as “early social marketing.”

John presented “Twenty-one Kickass Social Commerce Tactics to Sell More Today” at HubSpot’s 2020 Inbound Conference, where he talked about the phases of social that make people buy and “the flywheel of contacting, engaging, getting people to take action, and then measuring that action to create better contact.” Two key concepts he covered were:

In a candid and enlightening history lesson, John also discusses how race has impacted the growth and development of black entrepreneurship. Thank you, John.